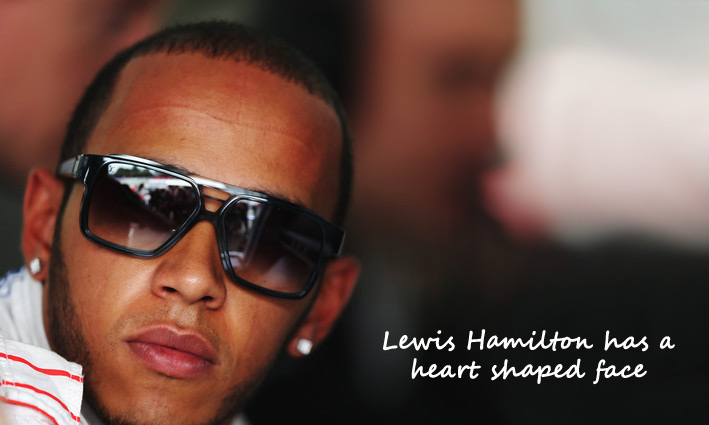 Lewis Hamilton takes the chequered flag at the Silverstone GB grand prix and is later seen wearing rectangular shaped shades around the paddock. Lewis looks every-bit a winner in his sunglasses that suit his heart shape face perfectly.